New Crossrail Boss Pushes To Get Late, Costly Program Back on Track

Following a major review by its new leadership, London’s much delayed and over budget Crossrail project is now set for completion, not last December as planned, but sometime in the six months between October 2020 and March 2021. Two new official reports have identified management failures as the root cause for the $22.7-billion project’s poor performance.

CRL is building the roughly 100-km Elizabeth line from Reading and Heathrow airport in the west, through 42 km of new tunnels under central London to Shenfield and Abbey Wood in the east. As well as being delayed, the projected cost has risen by 19% above the sum agreed in 2010.

CRL says it has identified and rescheduled more than 100,000 interdependent tasks in setting a new completion goal. The tasks generally cover signalling software, completing and testing equipment in the tunnels and stations by this year’s end, and trial train operations.

Tony Meggs, CRL’s new chair, says the plans by the project’s new team are “robust and realistic.” He will hold Wild’s delivery team “to account” while being “open and transparent about our progress.”

In its recent report, the PAC found it “unacceptable” that the Dept. for Transport (DfT) and CRL could not “identify the root causes of the program unravelling so quickly and so disastrously.” Key warning signs were overlooked while the DfT and Transport for London (TfL) “failed to ensure that the governance arrangements it had put in place were robust.”

Sponsored jointly by DfT and TfL, Crossrail Ltd. was created in 2008 as an independent entity free of direct official control. The company’s executive team “did not have the skills required at the later stages of the program to adequately assess and understand risk as the project moved from construction to operations,” claims a new report by the GLA’s transportation committee.

This inadequacy was blurred by “undue optimism” among project leaders, who seemed “so committed to the December 2018 deadline that they thought the unachievable was achievable,” it adds. Meanwhile, CRL’s independent status impaired the required oversight by the project sponsors.

CRL’s former leaders “have not recognized the negative impact undue optimism has had on the program,” notes the review. “This sheds light on a wider problem of Crossrail senior leadership not holding itself accountable for the delay, despite the steep remuneration packages they received to deliver the project on time,” it adds.

According to the Public Accounts Committee, former Crossrail CEO Andrew Wolstenholme earned more than his peers in “equally challenging roles” on other DfT arms length bodies, receiving $2.2 million in his last two years in post till March 2018.

Nevertheless, no individual could be held responsible for Crossrail’s poor outcomes, both DfT and CRL told the law makers. Instead, “we heard repeatedly that this was a ‘system failure.’” 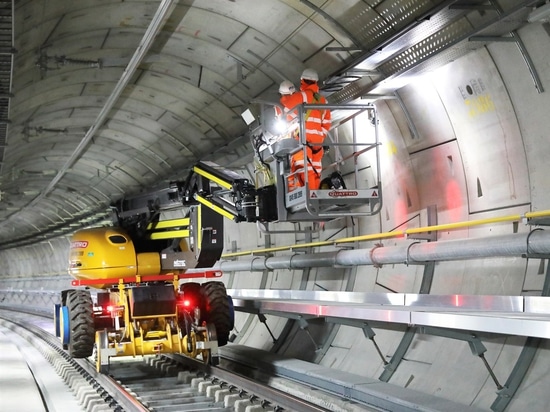 CRL is building the 100-km line from Reading and Heathrow, through tunnels under central London, east to Shenfield and Abbey Wood. - Photo courtesy Crossrail Ltd.