German forklift truck manufacturer Linde Material Handling, together with Hamburg-based Fiat specialists Karabag, has converted a conventional Fiat 500 into an electric car. The Karabag 500E features a three-phase asynchronous motor providing 20 kW of nominal power, and a 125-V, 11-kW lithium polymer battery. Performance of the car is best described as leisurely, but it will reach a top speed of 105 km/h and has a range of 100 km.

All of the conversion components were drawn from a Linde forklift, with some modifications. Linde develops and manufactures around 50,000 inverters and 400,000 electric motors per year.

The two companies teamed up when Karabag was searching for a partner to convert a conventionally powered car into an electric vehicle and approached Linde at the end of 2010. Being a Fiat dealer, Karabag was already offered a solution by an Italian supplier. However, it thought that option would be too expensive.

The engineering approach to this conversion is best described as pragmatic—Linde simply tried most things and changed as little as possible on the car. In an astonishingly quick four days, the prototype was running because Linde was able to use existing forklift components such as the motor, inverter, controller, fuse, and charging circuits. Next came EMC testing and manufacturer's declarations and testing. After nine months the project was complete.

To cut costs, battery capacity was reduced by a factor of two. Despite the small (11 kWh) battery, range only dropped from 140 km to 100 km. Optimal balancing of the motor, inverter, and controller minimized losses. Unlike previous conversion designs, Linde was able to dispense with the complete cooling system.

For testing purposes, Linde used a Yokogawa DL850V ScopeCorder and WT1800 power analyzer connected to the electric vehicle (see the figure, a and b). The ScopeCorder, a multichannel recording instrument for analog and digital signals, features sampling rates as high as 100 Msamples/s, 16-bit resolution, and input channel isolation providing a withstand voltage up to 1 kV.

In addition, it’s able to monitor the CANbus and decode the payload. Furthermore, direct storage of the data on its internal hard drive enables longer duration recording.

The DL850V monitors the starting (inrush) currents and voltages of the three phases of the motor. It makes voltage measurements using a 100-Msample/s plug-in module. The three voltages can be directly connected using standard measuring cables, and current transformers are used for current measurement. In parallel, it records the transmitted CANbus payload.

Using the manufacturer-specific CAN files, the status of various vehicle functions is extracted from the CANbus messages and viewed. Data can appear as waveforms or as a multimeter display. The queried vehicle functions include direction indicators, lights, parking brake, doors, charging status, battery temperature, battery voltage, and battery current.

Equipped with six current and voltage inputs, the WT1800 power analyzer can capture and display the current and voltage characteristics of all three inverter phases. The synchronous measurement of electrical and mechanical power allows an accurate calculation of efficiency.

Thanks to its 5-MHz bandwidth, the WT1800 can perform dual harmonic analysis on two phases up to the 500th order. In addition, a wide range of options for representing the measured values on the display are available. Currents up to 50 A rms and voltages up to 1000 V rms can be measured directly. Higher currents require current transformers.

What about ownership costs?

It’s a commonly held view that electric vehicles are expensive to buy. However Karabag says that whereas the running cost of a combustion-engined Fiat 500 would be approx €412 per month, the Karabag 500E will cost €370 based on the monthly leasing fee of €299 with no special payment and with a four-year guarantee. 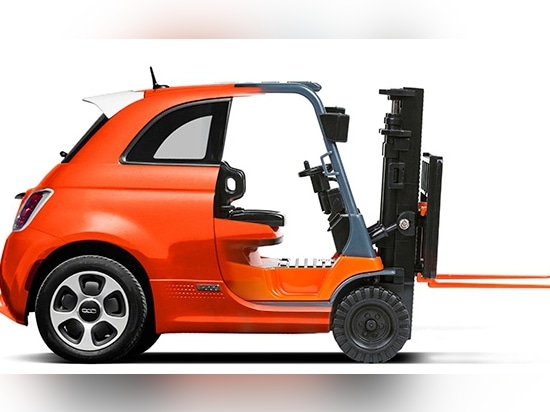 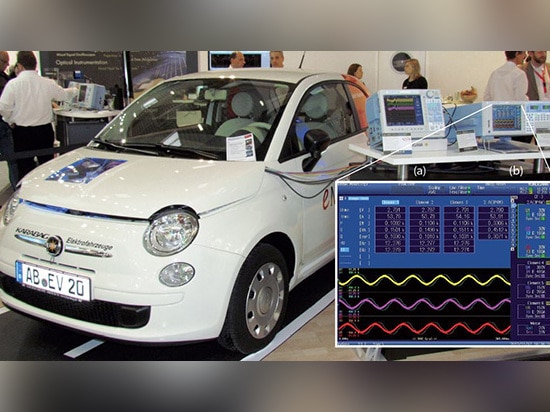 To test the Fiat 500, Linde used a Yokogawa DL850V ScopeCorder (a) and a WT1800 power analyzer (b) connected to the electric vehicle. The ScopeCorder is a multichannel recording instrument for analog and digital signals. It delivers sampling rates as high as 100 Msamples/s, 16-bit resolution, and input channel isolation with up to 1-kV withstand voltage.