Located in the Buckhead Subdivision of Northport, Alabama, a lift station located in the backyard of an existing home was failing and needed to be replaced quickly. The project was declared an emergency by the City because of the impending failure of the existing vacuum-primed station. As such, the project was given an extremely short time line for completion.

An additional challenge imposed on the installing contractor was the fact that the existing station and wet well are located in a resident’s backyard, right next to a creek. With only a 6 week allowable timeframe, EBARA provided a packaged lift station in April 2017.

The station was quickly installed by removal of the old station, reconditioning of the existing concrete wet well, and installation the new EP-1 station. Bypass pumping was provided while the existing wet well was prepared for the new station.

The EBARA Model EP1 Packaged Submersible Lift Station included two Model 100DLKMFU67.5 (10HP, 230/3/60VAC) pumps, each rated to deliver 225 GPM @ 72’ TDH. The station was equipped with 4” piping headers and valves, along with a 4” emergency bypass connection. Electrical controls were built into the packaged lift station and spare pump and control panel repair parts were provided to the owner for future use as needed.

Run times for the original station were lengthy, due to the age and condition of the pumps and priming system. The failing station had also been extremely noisy. The new EBARA packaged system pumps more wastewater with the same installed horsepower, and does the job almost silently. The only sound that can be heard is that of the motor starters pulling in when pumps are started. The use of the EP1 Packaged Station shortened the time required for the retrofit and resulted in minimal disruption to the nearby residents, a vast improvement in the operation and reliability of the station.

A new SCADA RTU was installed by the owner inside the EBARA weatherproof enclosure to tie the new station into the existing monitoring system. The dry contacts included in the control panel for an interface with the RTU made this an easy and quick job for the SCADA provider.

The installation of the new station saved considerable time, both in terms of production of equipment (waiting time for the City) and installation by the contractor (turnaround time on site). Because the new pumps deliver more wastewater than the old equipment, the new station has incurred lower accumulated run hours, saving power/operating costs for the owner, as well as wear and tear on the new pumping equipment. The installation is extremely neat and professional, and the City is very pleased with the end result.

The City of Northport now has a dependable, efficient, extremely quiet pumping station in a highly visible area of an existing neighborhood. Maintenance is facilitated due to the fact that all serviceable equipment (valves, controls, etc…) are located above grade, where they are completely protected from the weather. The biggest benefit was the speed of the installation after receipt of the packaged lift station on site, resulting in minimal inconvenience to the homeowners in the surrounding area. The new station is almost silent, and the City is very happy with their new EBARA equipment. 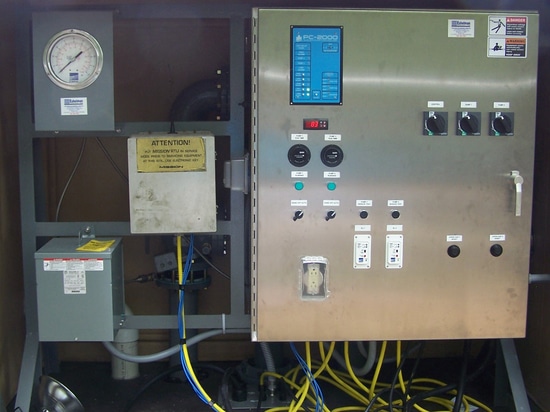 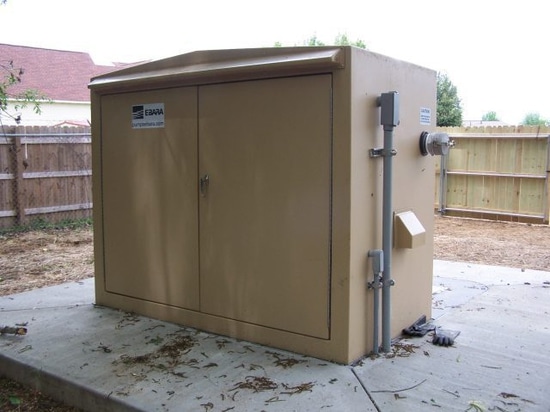