Mitsubishi Heavy Industries will start building an offshore wind turbine with an output of 10,000kW, making it the world’s largest.

Aimed for 2020, the wind turbine will offer better cost efficiency and allows Mitsubishi Heavy to sell the energy it harnesses to power companies spread across Europe.

For instance, they might today supply a 300,000kW offshore facility with 50 windmills, each of which can output 6,000kW. But in the future, they would only have to build 60% of that number of generators, each would be able to output 10,000kW.

Bringing its giant windmill to market by 2020 could offer Mitsubishi a head start over its global rivals like General Electric (GE) of the U.S. and Siemens Gamesa Renewable Energy, a joint venture between Germany’s Siemens and Spain’s Gamesa.

According to the latest rankings, Siemens Gamesa remains at the top, with GE falling in second place. Both companies are also planning to introduce over-10,000kW turbines after 2020.

Wind turbines with larger blades not only have more output but also reduces construction costs.

The joint venture perfected a 9,500kW model – the world’s largest – in 2017, for which it has received orders totaling the equivalent of some 2.6 million kW. 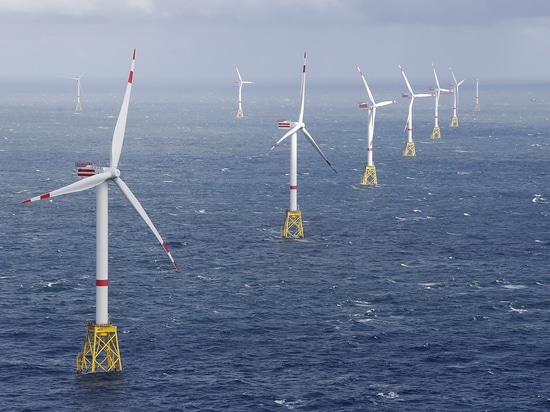