Proposed Tidal Power-Generation Scheme is a Step Closer To Reality

Today, UK Chancellor George Osborne announces that the British government will open negotiations on a massive £1 billion tidal lagoon scheme set for Swansea, Wales. The announcement was made during his budget speech to the House of Commons. We wrote about the proposed scheme last year when the 320 megawatts (MW), 26 turbine plant project when the project was gaining traction. If, or when the tidal project gets the go-ahead, it would be the world’s first man-made power-generating lagoon, with a capacity to power somewhere in the order of 120,000 to 155,000 homes (depending on who you ask). Talks between the British government. and the project’s developer, Tidal Lagoon Power Ltd will now soon begin, with the BBC reporting that the likely focus of these negotiations will be “on the amount of subsidy the scheme will get from a guaranteed price for its power.” The company is seeking “£168 per megawatt hour of energy, for 35 years” which is a higher “strike price” than the UK government has agreed to in other large energy generation schemes. 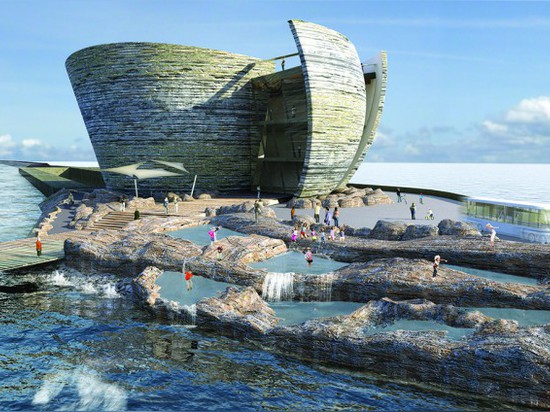