ElectroSkin can be a building block to the next generation of soft robots.

Discovering a new way of embedding artificial muscles and electrical adhesion into soft materials, researchers at the University of Bristol have created stretchable, skin-like robots that can be rolled up and placed in a pocket. The advance could lead to the creation of new thin and light robots for environmental monitoring, deployment in hazardous environments, robot grippers for delicate objects, and new wearable technologies.

A paper on the technology, titled “All-Soft Skin-Like Structures for Robotic Locomotion and Transportation,” was recently published in Soft Robotics (the journal, not the company). While traditional robots are rigid and incompliant, softer robots are compliant and can stretch and twist to adapt to their environments. But until this discovery, researchers said, soft robots have separated their movement abilities from their capabilities to grip the surface they move on.

Taking inspiration from biological skins and soft organisms such as snails and slugs, a team of researchers at Bristol’s Faculty of Engineering, led by Jonathan Rossiter, professor of robotics, successfully demonstrated a new robotic skin that crawls along a surface by alternately contracting embedded artificial muscles and gripping the surface using electrical charges.

A robot made from the skin, called ElectroSkin, can be scrunched up, put in one’s pocket, and then later pulled out and thrown on a surface where it moves. The team said ElectroSkin is a new fundamental building block for new soft robots.

“ElectroSkin is an important step toward soft robots that can be easily transported, deployed, and even worn,” said Rossiter. “The combination of electrical artificial muscles and electrical gripping replicated the movements of animals like slugs and snails, and where they can go, so could our robots!” 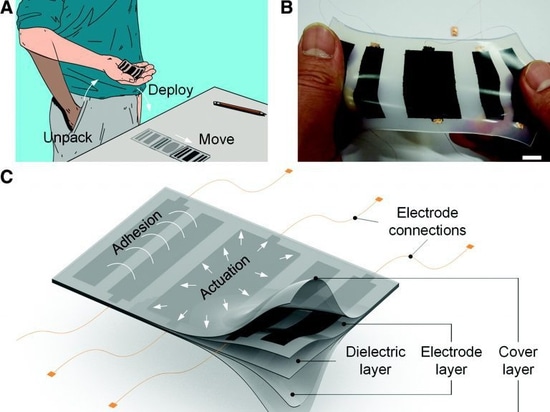 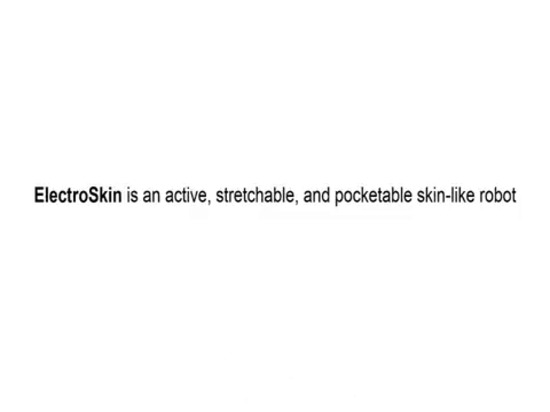