The Dutch city of Eindhoven is to host the world’s first commercial housing project based on 3D-concrete printing, with the first of five planned houses due to start construction this year.

The units were developed by a collaborative team including local firm Houben & Van Mierlo Architecten, and the Eindhoven University of Technology. The pods will be purchased and let out by a real estate company upon completion.

The first house will be a single-floor, three-room house measuring 1000 square feet (95 square meters), to be followed by four multi-story units. The irregular shape of the buildings is based on “erratic blocks in the green landscape,” made possible due to the flexibility of form permitted by 3D-printing.A phased approach to construction allows for research and innovation from the construction of early units to be enacted for later houses. The elements for the first house will be printed at the university, with the goal of shifting the entire process to the construction site for the fifth unit.

The scheme represents the potential impact of 3D-printed concrete on the construction industry, with the ability to construct almost any shape, with a variety of qualities and colors in the same building element. The process also addresses the environmental impact of construction, with the reduction in cement resulting in a decrease in CO2 emissions.The project is only the latest experiment in 3D-printing to come from the Eindhoven University of Technology, following on from the construction of the world’s first 3D-printed concrete bridge in 2017. The Netherlands is also witnessing the construction of the world’s first 3D-printed metal bridge in Amsterdam.

The first housing unit is expected to be ready for occupation by mid-2019. For the scheme’s design, Houben & Van Mierlo Architecten and the Eindhoven University of Technology worked in collaboration with the municipality of Eindhoven, contractor Van Wijnen, real estate manager Vesteda, materials company Saint Gobain-Weber Beamix, and engineering firm Witteveen+Bos. 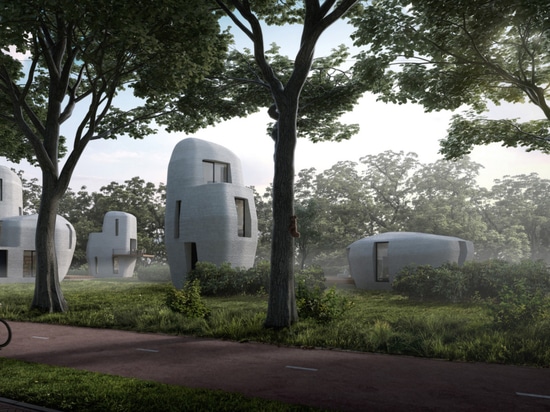 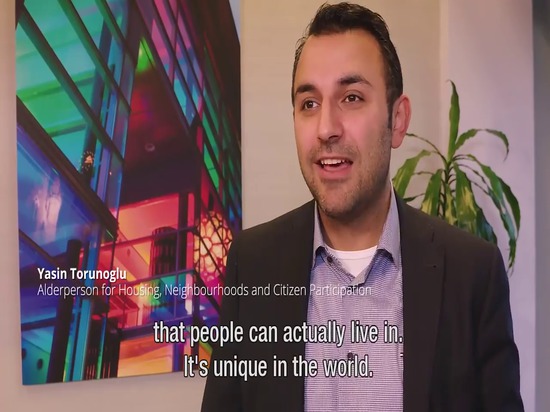 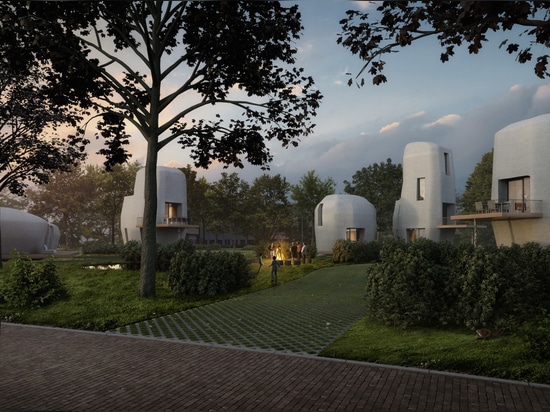