Laser to melt moon dust for additive manufacturing in space

A group of scientists are looking to send a lightweight laser system to the Moon in order to melt moon dust and use it to create versatile structures via additive manufacturing.

Specifically, the partners of the ‘Moonrise’ project intend their laser to melt regolith on the lunar surface, which after cooling becomes a solid body that could be used as a building material in the creation of a ‘Moon Village’ – the vision of a global village on the moon that can be used as an outpost in space.

The moon would be an ideal place to establish a research outpost that could act as a starting point for further space exploration. The cost of sending just 1kg of material to the moon however is approximately €700,000, therefore it would be ideal if such an outpost could be built directly on the moon using local raw materials. The Moonrise project could be a vital stepping stone to making this a reality.

The Laser Zentrum Hannover (LZH) and the Institute of Space Systems (IRAS) at the Technical University of Braunschweig – the partners of Moonrise – intend to send their laser system to the moon in 2021, with the first moon mission of the Berlin-based new-space company PTScientists. Their aim is to prove that the laser, which weighs no more than three kilograms and has the volume of a large juice carton, can melt down local raw materials on the moon and convert them into versatile structures later.

‘IRAS and LZH have been working together on the underlying process for the Moonrise technology since 2015. Now, through the project, we have the opportunity to show additive manufacturing outside of the earth and of the earth's orbit for the first time in history,’ commented Professor Enrico Stoll from IRAS.

The Moonrise project has been running for almost nine months. So far, the scientists have identified the laser hardware and designed the optics that they intend to use, and have been testing them on material similar to the regolith found on the moon.

Currently the scientists are working on adapting the laser to the load compartment of the lunar vehicle to be used in the 2021 mission. Once this has been done the durability of the entire system will be tested, as the scientists need to be sure that the laser can withstand the shocks and dramatic temperature differences experienced during space flight.

If these experiments succeed, then the Moonrise process could then be scaled up to produce larger structures. Thus, in the long term, whole infrastructures such as foundations, paths, and landing surfaces could theoretically be built using the Moonrise technology, according to the scientists.

The Moonrise project is funded by the Volkswagen Foundation within the scope of the ‘Open – for the Unusual’ programme, through which the foundation supports 'extraordinary and daring' projects that haven't recieved funding from elsewhere 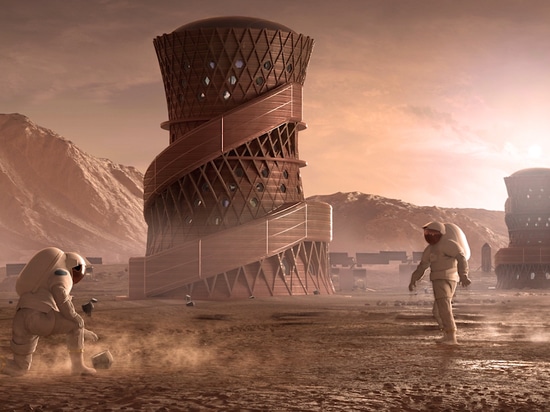 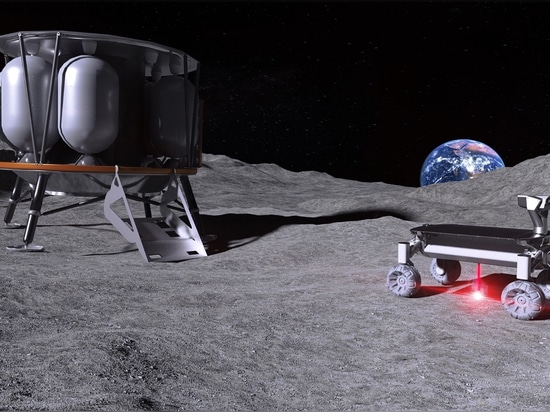