Adding the heat energy from trail and Metro tunnels to geothermal systems can reduce commercial and residential heating and cooling costs.

Turning waste energy into useful work is becoming a trend. Now, researchers at Ecole Polytechnique Fédérale de Lausanne (EPFL), a research institute in Switzerland, have proposed a way to capture the wasted heat energy in rail tunnels to provide heating and cooling to thousands of homes and municipal buildings.

Trains produce heat that warms the surrounding air when they brake or accelerate. That hot air mixes with other air in the tunnel and with heat radiating from the ground. Even the body heat from the passengers adds to the overall heat energy that is present.

The Swiss team tested its model on Lausanne’s future M3 metro line whose route goes between the city’s train station and the Blécherette district to the north.

“Our research shows that fitting the heat-recovery system along 50–60% of the planned route – or 60,000 square meters of tunnel surface area – would cover the heating needs of 1,500 standard 80m2 apartments, or as many as 4,000 Minergie-certified energy-efficient units,” said Margaux Peltier, a scientific assistant at the EPFL Soil Laboratory. The information was presented in an EPFL news release. The system also allows heat to be stored so it can be supplied when needed. “Switching from gas-fired heating would cut the city’s CO2 emissions by two million tons per year,” said Peltier.

According to the EPFL release, “The system works in a similar way to a refrigerator, with plastic pipes containing heat-transfer fluid, or simply water, placed at regular intervals inside the concrete tunnel walls and connected to a heat pump. In winter, cold water will be pumped into the pipes, emerging hot at the surface. The opposite will happen in summer. According to the researchers, the system would be cheap and energy-efficient to install and would have a lifespan of between 50 and 100 years, with only the heat pumps having to be replaced every 25 years.”

Geothermal heat pumps that harness warmth from the ground are becoming increasingly popular. The idea behind the Swiss innovation is to harness the extra warmth from the trains traveling in the tunnels. The calculations show that up to 80% of the heating needs of local apartments could be supplied throughout winter. But such geothermal systems also work in the summer too. “The tunnel would act like a highly reliable, year-round heating and air-conditioning system,” said Peltier, keeping Lausanne’s homes cool during hot weather.

Senior Editor Kevin Clemens has been writing about energy, automotive, and transportation topics for more than 30 years. He has masters degrees in Materials Engineering and Environmental Education and a doctorate degree in Mechanical Engineering, specializing in aerodynamics. He has set several world land speed records on electric motorcycles that he built in his workshop. 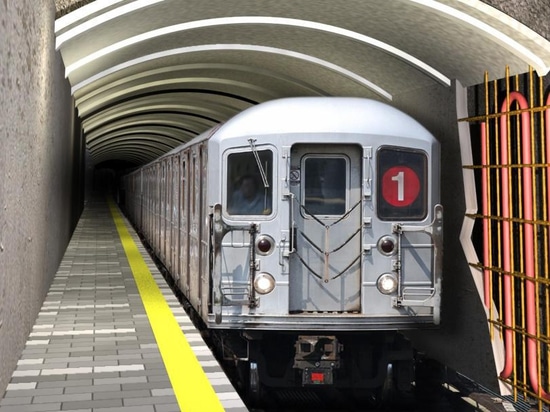